Stolen bases are the focus of today’s chart.  Specifically, MLB’s stolen base leaders (through Monday).  Carl Crawford has really been burning up the basepaths this year.  You’re probably aware that he recently stole six bases in a single game.

There’s a familiar face at the end of the list.  Tied for 25th place is the entire Atlanta Braves team, which has stolen fewer bases than Crawford (or Dexter Fowler) did in one game. 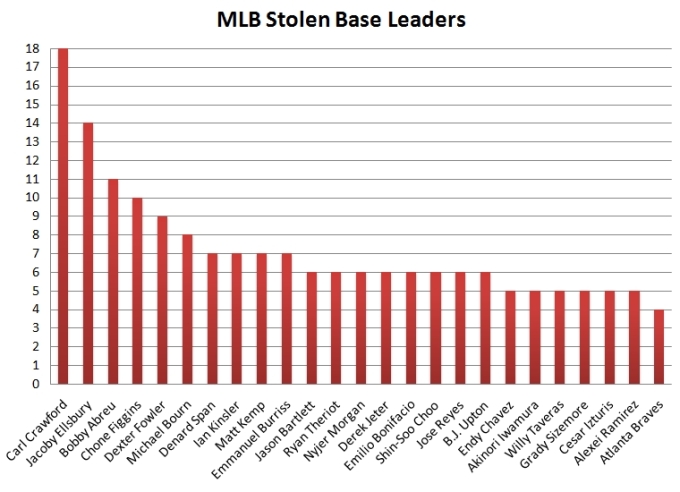 I wouldn’t say that the Braves’ offense has been crippled by a lack of speed or anything, but if you’re not getting on base and hitting for power, it helps to be able to do something to spark a rally.

For what it’s worth, they’ve also been caught stealing four times.  That’s more than anyone else on the above list.